Why separating 2.4ghz and 5ghz can speed up your network!

Since the iPhone 5 was released in 2012, we have had client devices that are capable of operating on the 5ghz channels. So why are we still focusing on devices that are only 2.4ghz capable and degrading the experience for all the 5ghz users?

If you have a device that is newer that 2012, the chances are it has dual band capabilities which means it can operate on the 5ghz band, as well as the 2.4ghz band when it needs to. Whilst this is a great feature on paper, in the real world it is slowing down the user and causing their device to not operate at its peak performance.

If you have a properly designed wireless network, a client should be able to roam around your property seamlessly on 5ghz. But when the client’s device decides to switch by itself to 2.4ghz, it slows down.

Unfortunately, there is no way to turn this off on the user’s devices, but there is a way for us to take control of who uses what frequency, and it’s easier than you may think! 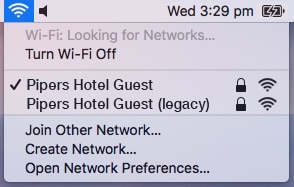 The guests with the Dual band devices, (5ghz and 2.4ghz), would see both networks and choose to join SSID #1. 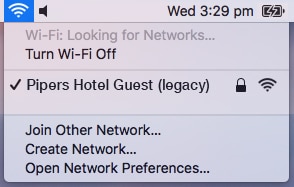 For the Legacy users, they device will not pick up the SSID #1 as their device is not capable, so they will simply join the legacy network.

With the average customer upgrading their phone every 1-2 years, you will find that a lot less people will use the legacy network than you think, and the people with more current technology will have more of a hassle free experience.

Liveport is a full solution provider for secure wired and wireless internet services, all supported with 24×7 guest service monitoring and support. With customers ranging from diverse backgrounds, including hotels, resorts, hospitals, student housing, condos, and many other venues. For more information or to schedule a meeting with a Liveport representative, get in touch by filling out the contact form.

By submitting my data I agree to be contacted

We’ve been working hard to earn the privilege of doing business with our clients year after year.